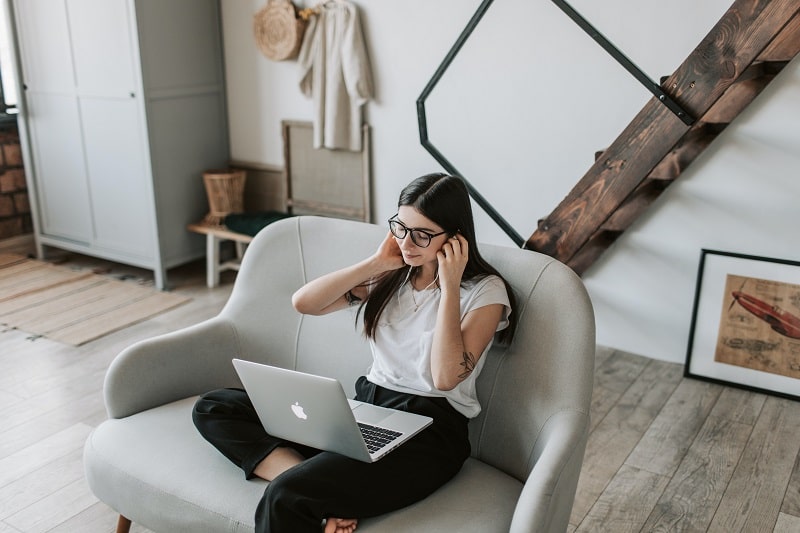 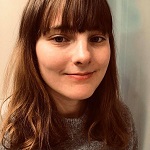 If you feel like remote work is where it’s at, you’re not alone.

The “work where you want” model is so popular that, in one study, 65% of surveyed remote workers stated they never wanted to return to the office. A separate study showed that many employees would rather quit their jobs than give up remote work.

But working from home is not all sunshine, rainbows, and puppies (though there will be puppies if you’re lucky). Like any other work arrangement, there are rough spots and growing pains, especially when it comes to getting the grasp of online meetings.

Even in remote work, human habits have a way of prevailing. And where you have human habits, you’re going to have pet peeves.

Curious about this topic, I surveyed the Louder Than Ten community, a special corner of the internet made up of project managers and other digital professionals, about their online meeting pet peeves. Here’s a roundup of their most common answers. ‍

1. Working (or texting) during a meeting

Whether it’s checking Slack messages, reading emails, or playing a game on your phone, the verdict is in. We all see you, and we all know what you’re doing.

We’re all guilty of checking a quick text message or email here and there, and while this still isn’t ideal, it’s not really what PMs are talking about when they say this is an annoyance. The problem is more the elongated, chronic distractions—you know, like typing ferociously in your group chat or tending to your FarmVille crops (I’m joking, but just imagine for a second if we had Zoom in 2010? Nobody would have gotten anything done).

2. Interruptions and unintentional talking over

Does the following scene sound familiar? You are sitting in a Zoom meeting, muted, waiting for your turn to speak. You sense that a gap of silence is about to emerge, so you unmute your mic and get ready to share, only to discover that another coworker had the same idea. Then begins a back and forth of “you go,” “no, that’s okay, you go”—and so on.

This is a common occurrence in Zoom meetings and seems to be more of a lack of non-verbal cues than rudeness. More often than not, it seems to happen despite everyone’s polite attempts to take their turn. Project manager Connor Wah-Arsenault put it best:

“The thing that frustrates me most about online meetings compared to in-person meetings is trying to maintain a good cadence of conversation without talking over other people (or being talked over). It’s fine in a one-on-one meeting, but if you’re meeting with a group on Zoom, you can’t always catch the body language cues people give off when they’re waiting to speak and sometimes interrupt without meaning or get interrupted. And sometimes people will have audio lag, which makes it even worse.”

Most of us have upgraded our monitor set-up to include two (or more!) screens at this point in the work from home revolution. While this can make things easier in our day to day, it can also cause some of us to be unsure of where we should direct our gaze. You know that feeling some of us get when people sing us happy birthday and we don’t know where to look? It’s not unlike that.

Sometimes, having multiple monitors means that we will be staring into a screen that doesn’t have our webcam attached. A few different community members I surveyed mentioned the lack of eye contact during online meetings as a pet peeve, saying it makes them feel like they are “speaking into a void.”

Debbie downers begone. Project manager Amanda Wright had an interesting response for what bothers her about remote meetings—negativity. ‍

“My biggest pet peeve with virtual meetings are the people who don't like working from home and continue to distract from the meeting. For example, every meeting starts with a downer (‘ho hum another virtual meeting, can't wait to meet face to face), and then as the meeting continues, they can relate anything to how it would be better in office.”‍

While it is true that many people love remote work, it was not an easy transition for everyone (and there are some people for whom the transition is still not easy). But how do we allow the remote work pundits to air their grievances without bringing the whole team down? It seems like there might be a time and place for remote work bashing.

Not everyone has the privilege of working in quiet surroundings (and this is especially true when kids or the aforementioned puppies are in the mix). But it wasn’t the loud striking background noises that set off some Louder Than Ten community member’s pet peeve alarm bells. Instead, the subtle background noise comes with meeting participants working from a coffee shop or coworking space.

We all expected these noises and grew quite accustomed to them when we were in the office, but even the most subtle background noise can come across through our sensitive microphones.

This was a topic that many surveyed project managers seemed to disagree on. While some stated that having a few team members go off on a “rabbit hole” during a meeting was frustrating and needlessly extended meetings, some noted the importance of catching up on non-work-related things and how it helped lighten the mood. It seems like the general rule around this is: conversational tangents are fine when they don’t derail the entire meeting.

Project managers spend a lot of time putting together their meeting agendas. Agendas not only help teams stay organized but also allow team members the opportunity to prepare questions and project updates accordingly. So, it’s no surprise if project managers find themselves a bit perturbed if their meeting participants show up without any awareness of the agenda. This is especially true if it means that they show up without answers to common questions (or worse, bringing up topics that aren’t on the agenda at all).

There are unspoken rules in just about every facet of society. The tidal wave of remote work presented a whole new set of social norms that we all had to navigate, and it took some time for us to get there. Sometimes, the expectations need to be set, and it’s a role best played by the project manager. Not setting down “ground rules” was the pet peeve of choice of project manager Lizz Ehrenpreis:

“When the person facilitating the meeting  does not set the expectations for the meeting—things like asking everyone to mute when they aren't speaking.”

Most PMs feel that the meeting initiator should not take notes, and there should be an appointed note taker instead. But, what happens when there is no designated note-taker?

According to some of the project managers I talked to, it’s still up to the individual to be responsible for their note-taking, mainly if a recording isn’t being recorded for later use. Team members failing to take their notes is—you guessed it—a pet peeve.

This was one that I was expecting to come up with more often when I set out on my survey. But, it wasn’t until project manager Melissa Barkman brought it up that I finally saw it mentioned. ‍

‍What’s an “obvious on-camera meeting”? This is another example of an expectation that the meeting leader can set early on. Not everyone will feel comfortable with their camera on, but it can definitely help add a personal feeling to a meeting (and can also help with that feeling of speaking into that same old void.

We’re all bound to annoy one another from time to time—it’s a fact of life and work. If you’re worried about getting on your coworkers’ nerves, you can avoid the worst by steering clear of the above meeting faux-pas. Alternatively, you could also use the above as a guide for how you can best get on your colleagues’ nerves —we won’t tell you what you should do with your newfound knowledge.

Rachel Cribby is a writer and SEO specialist from Canada. When she's not reading or writing, you can probably find her petting a cat or eating a pickle.

Get the best tips for growing your business delivered straight to your inbox.
Thank you! Your submission has been received!
Oops! Something went wrong while submitting the form.
Try MeetFox Today!

Bring sanity back to your scheduling with a free,
no-obligation trial of MeetFox. 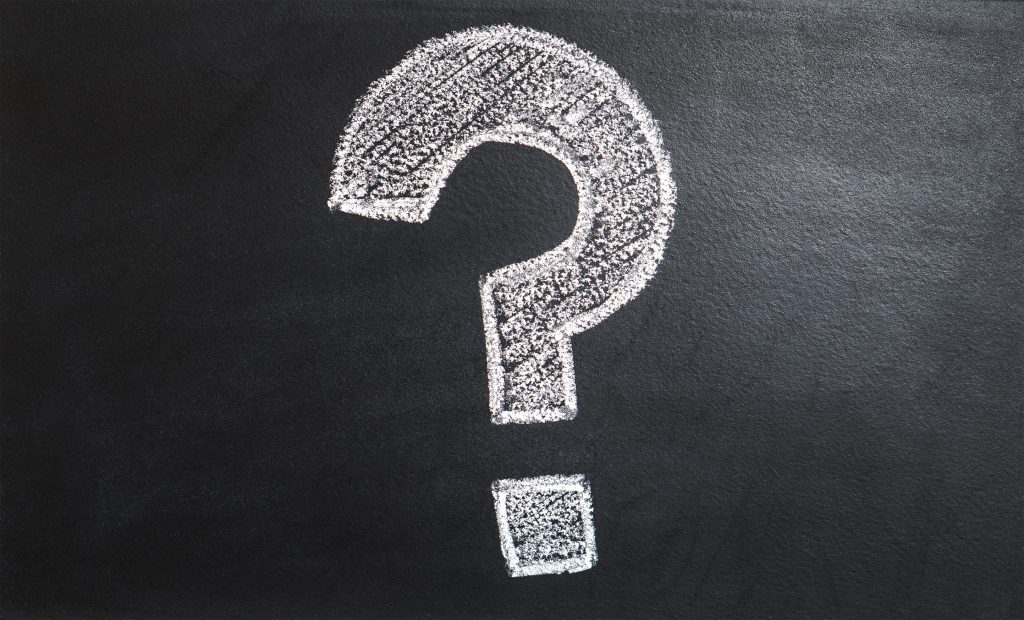 How To Fix The Biggest Problem with Planning Meetings

Meetings can sometimes be difficult to handle efficiently. Our belief is that most problems with meetings boil down to one simple word – structure. 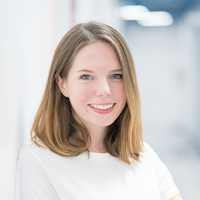 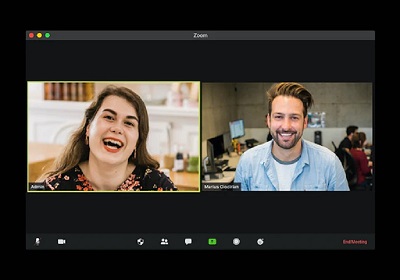 Social Proof for B2B: What Is It and How to Use It to Book More Meetings

Users are browsing your site. How can you hook them and move them closer to a booked meeting? Well, the key to success here is social proof. 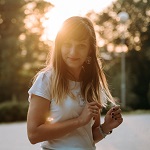